When the ‘Civil Partnership & Certain Rights and Obligations of Cohabitants Act 2010’ (Civil Partnership Act) was passed, it created the legal status of civil partnership for same-sex couples. This meant that the property and financial entitlements that previously only applied to married couples would now apply to registered civil partners. However, the Act only applies to same-sex couples who have registered their relationship. This has caused some confusion for co-habitants of the opposite sex, who perhaps believed that they too should enjoy these financial entitlements.

Unfortunately, this is not the case as the Act’s logic suggested that opposite sex couples could get married, whereas same-sex couples couldn’t. The Civil Partnership Act defined a qualified Co-Habitant as being “An adult who is in a relationship of cohabitation of 2 years or more (if dependent children are involved) or for 5 years or more in other instances” meaning that either can now legally claim from their deceased cohabitant’s estate. However, little known to many is that inheritance tax will still be liable, and it will be payable at the Group C €16,250 threshold!

There are two important points to be aware of when arranging a protection policy for non-married/cohabiting couples;

Care is needed as to how policies are set up, with the following considerations;

Let’s take the example of Ann and Tom A co-habiting couple, Ann and Tom, decide to take out life cover of €300,000 on a joint life basis to cover any losses each may experience if one of them were to die. Tom is currently unemployed, so Ann will be paying the total premium on the policy until such time as he is employed. What would the inheritance tax situation be if Ann were to die prematurely?

The ‘Life of Another’ Arrangement

Under a simple ‘Life of Another’ arrangement, both Tom and Ann take out separate Life Insurance policies on each other, Tom insures Ann and vice versa. This means that each of the policies is owned separately, clearly identifiable and there should be no liability to inheritance tax as they each pay for their own policies.

Tom is unable to pay premiums, he is unemployed? This can be solved by Ann using the Small Gift Tax Exemption by ‘gifting’ the premiums to Tom which Tom will use to pay for the policy he owns. The Small Gift Tax exemption is €3,000 a year from any one person to another, so if the premiums are below €3,000 a year, Tom can claim the premiums were gifts. Therefore, in the scenario where Ann was to die, Tom receives the proceeds of the policy he owns without any liability to inheritance tax.

Alternatively, each could take out a separate Section 72 life insurance policy to pay off any inheritance tax liability. Section 72 policies are set up under Section 72 trust, meaning that the proceeds of such policies are exempt from inheritance tax insofar as the proceeds are used to pay inheritance tax. This arrangement may be more important to cover any tax liability for the dwelling house in which the couple are living. For Tom and Ann, if they buy a house in joint names and one of them dies, the survivor may have a liability to inheritance tax on the value of the house (assuming the house is held as joint tenants). However, in this case they may be able to avail of the Dwelling House Exemption.

The Dwelling House Exemption provides a complete exemption from inheritance tax on the value of their home, provided certain conditions are met, basically, that it was and continues to be their home but with having no other interest in any other property. So, if either Tom or Ann had previously owned a property before they met and continued to own it when they began co-habiting, they would not be able to avail of the relief and would have a liability to inheritance tax on the property – not an unusual situation for couples.

Both Tom and Ann could take out a policy on their own life and hold it under Section 72 Trust, with the other being the beneficiary. In the event of either dying, the sum insured is payable to the survivor as beneficiary, who uses the money to pay off any inheritance tax liability. In conclusion, when considering protection policies as a co-habiting couple, it is necessary for the adviser to clearly:

While contractual compulsory retirements are still permitted in Ireland, since January 2016 all retirement ages must under the Equality Acts be capable of being justified on a legitimate and objective basis.

In effect, this puts the onus on the employer to show that the retirement age chosen for that workplace is fair and reasonable. Otherwise, such compulsory retirements will be considered to be age discriminatory.

In recent years, a number of private members’ bills have sought to lift the grey ceiling by tabling the issue of abandoning the concept of compulsory retirement in Ireland.

The Equality (Amendments Act No 2) Bill 2012 proposed prohibiting a compulsory retirement age of 65 with limited derogations.

As regards the Equality (Abolition of Mandatory Retirement Age) Bill 2014, the then minister Aodhán Ó Ríordáin advised in his speech on October 9, 2015, that the government did not intend to oppose this bill. He noted, however, that there were serious policy concerns which needed to be considered.

He suggested that the question arose as to whether this bill was strictly necessary as the Equality (Miscellaneous Provisions) Act 2015 already brought the law into line with the European position (but did not go as far as to remove a compulsory retirement age).

He noted in his speech that the proposed bill would involve setting aside the retirement provisions of most existing employment contracts on a unilateral basis and would have “serious implications for public sector employment, for pensions policy and for labour market policy generally”.

He noted that, as such, it would be a radical step and careful consideration needed to be given to the objective and whether there were other approaches that could avoid any legal pitfalls. This bill ultimately stalled.

A further bill is being proposed by Sinn Féin TD John Brady as the Equality (Abolition of Mandatory Retirement Age) Bill 2016 and this bill is working its way through the Dáil, but concerns have been raised as to aspects of the bill.

It is clear there is cross- party political support to abolish compulsory retirement, but concerns remain as to policy and costs. Notwithstanding, it seems inevitable that this change will become law following a global trend.

In the meantime, employers should ensure that any specified retirement age is clearly set out in the contract of employment and a clear retirement age policy is in place which justifies the organisation’s retirement age.

Retirement is the right of an employer to lawfully dismiss an employee upon reaching a certain age. It has traditionally been used as a means of lawfully managing the exit of older workers from the workforce, and generally seen as a means of allowing workers to exit employment with dignity and to avoid being dismissed on the basis of capacity or for poor performance. However, times are changing.

The traditional retirement age of 65 has been in place since the end of the 19th century and, since then, the average life expectancy has risen significantly.

This trend, combined with decimated pension pots, means more workers are ready and willing to stay in the workforce for longer.

This issue is likely to become more contentious in the coming years in light of the state pension age changes.

In 2014, the age of entitlement to the state pension was raised to 66 and further changes are coming down the tracks – 67 in 2021 and 68 in 2028. It is anticipated that more employees will look to bridge the income gap by remaining in the workforce.

The IPF team made it to the Semi-Finals of the New Ireland Rowing Regatta in Neptune Rowing Club,

Well done to all who participated! 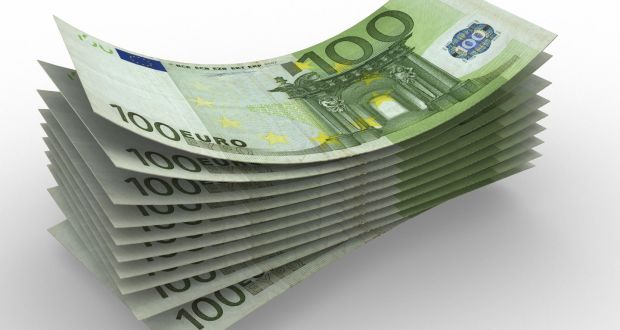 Average-earning staff on about €55,000 who were appointed before 2013 are set to receive pay improvements of about €4,000 over three years.

What are the proposed pay improvements?

From January 1st 2018, public service staff will receive a 1 per cent pay rise with a further 1 per cent increase to follow on October 1st next year.

What are the changes to the pension contribution?

The existing public service pension levy, which was introduced as a financial emergency measure in 2009 is to be converted into permanent additional superannuation contribution on a three-tier basis which is aimed at reflecting differing pension benefits.

For those appointed before 2013 the rate of the new contribution will be the same as the pension levy at between 10 per cent and 10.5 per cent, depending on salary levels. However, the income threshold on which payment is exempt will rise to €32,000 in January 2019 and to €34,000 in January 2020.

What about those appointed since 2013

For staff appointed since 2013, and who are covered by the less generous career average scheme, the contribution will be set at 6.6 per cent for those earning between €32,000 and €60,000 and 7 per cent for on salaries above that level from January 2019.

What about those on faster-accruing pensions, including certain gardaí, military personnel and prison officers?

Average-earning staff on about €55,000 who were appointed before 2013 will receive pay improvements of about €4,000 over three years.

Employees on similar salary levels recruited since 2013 will get about €5,400. The pay improvements come from a combination of salary rises and reforms to pension contributions.

Those with faster accruing pensions will benefit least. The move will erode in relative terms some of the gains made by gardaí from the controversial deal last November to avert a threatened strike.

Are there any changes to the additional “unpaid hours”?

The highly controversial requirement for staff to work additional, unpaid hours – introduced under the Croke Park and Haddington Road agreements – is to remain in place. However, staff will be given two opportunities, next year and in 2021 to revert back to their previous shorter working week on condition that they agree to a corresponding pay cut.

The Government argued this productivity measure was just too valuable to concede as the elimination of these additional working hours would cost it over €600 million.

How much will the deal cost the State?

It is understood the deal will cost the exchequer €880 million over three years, thus using up around one third of the total room for spending increases and tax cuts in the October budget.

Minister for Public Expenditure Paschal Donohoe said the deal was “in line with what is affordable to the State”. He said he would now take these proposals to Government – for approval by the cabinet next Tuesday.

The proposed deal will have to be considered and voted on by individual trade unions and staff associations before it can be finally ratified, probably in September.